- IAT-
The black star is the official symbol of IAT,
together with the red shadow it means anarchism

The official pages of the International Anarchist Tribunal of IFA-IAF-AI, founded 1982.

It is a fact that we are living in a mostly Orwellian "1984" newspeaking, lying, world.
De facto: ochlarchy (mob rule broadly defined) and anarchy & ochlarchists and anarchists are opposites as war and peace.
To say de facto ochlarchy is anarchy and ochlarchists are anarchists are lies equal to war is peace.
And it has similar authoritarian, repressive, functions as Big Brother in "1984".

If you see or hear anything significant about anarchy, anarchist, anarchists, anarchism or libertarian,
breaking the Oslo Convention against ochlarchy and for anarchy, or similar, feel free to ...

... and the person(s) violating the anarchist rules of the Convention or similar
will most likely get a Brown Card (or Brown Cards) from IAT, indicating
an authoritarian Orwellian "1984" Big Brother newspeak and ochlarchical tendency of the person(s)!
Brown Cards are handed out as open, free, matter of fact criticism by the IAT-APT. We try hard to be fair. 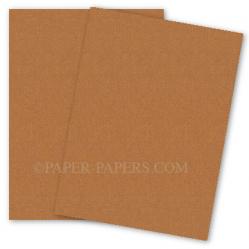 The color brown here is rooted back to Adolf Hitler's ultra-authoritarian 'brown shirts' ochlarchy-mobs
and has of course no relation to skin color.

Get a Black Star!

The IAT also hands out Black Stars a.o.t. to persons reporting fairly and objectively about anarchy, anarchism, anarchist, anarchists or libertarian, or otherways are exceptionally deserving the Black Star. The most prominent person to receive the Black Star Award is the Russian Communist and half-anarchist Joseph Stalin who both saved his people economically in a half-anarchist organization, and saved the world doubled against ultra-fascist Hitlerian rule world wide! Another Black Star is given to Tony Warner & Antioch, a.k.a. The Anti-ohlarchy League, for a powerful anti-ochlarchy demonstration in Nashville 2020, and a third to VG's Anders Giæver for publishing "Anarchy is Democracy" in 2001. VG was Norway's largest newspaper at that time.

International newsmedia and others! Go for a Black Star! It is a great honor to receive it!